Reading Ahead Challenge at One Sixth Form College

We held our prize giving ceremony in the Learning Resource Centre at One Sixth Form College for the Reading Ahead Challenge. Over the year we have been running the Reading Ahead Challenge with departments to build confidence in our students' reading. The challenge consists of completing six reads (this can include books, poems, magazines, audiobooks etc.) with each reader earning students a small prize. Students who completed six reads were entered into a prize draw to win Amazon vouchers.

Congratulations to Mia Robinson, Phoebe Morrison, and Luca Bernstein who each won a voucher, presented by our Head of Centre, Jake Robson. 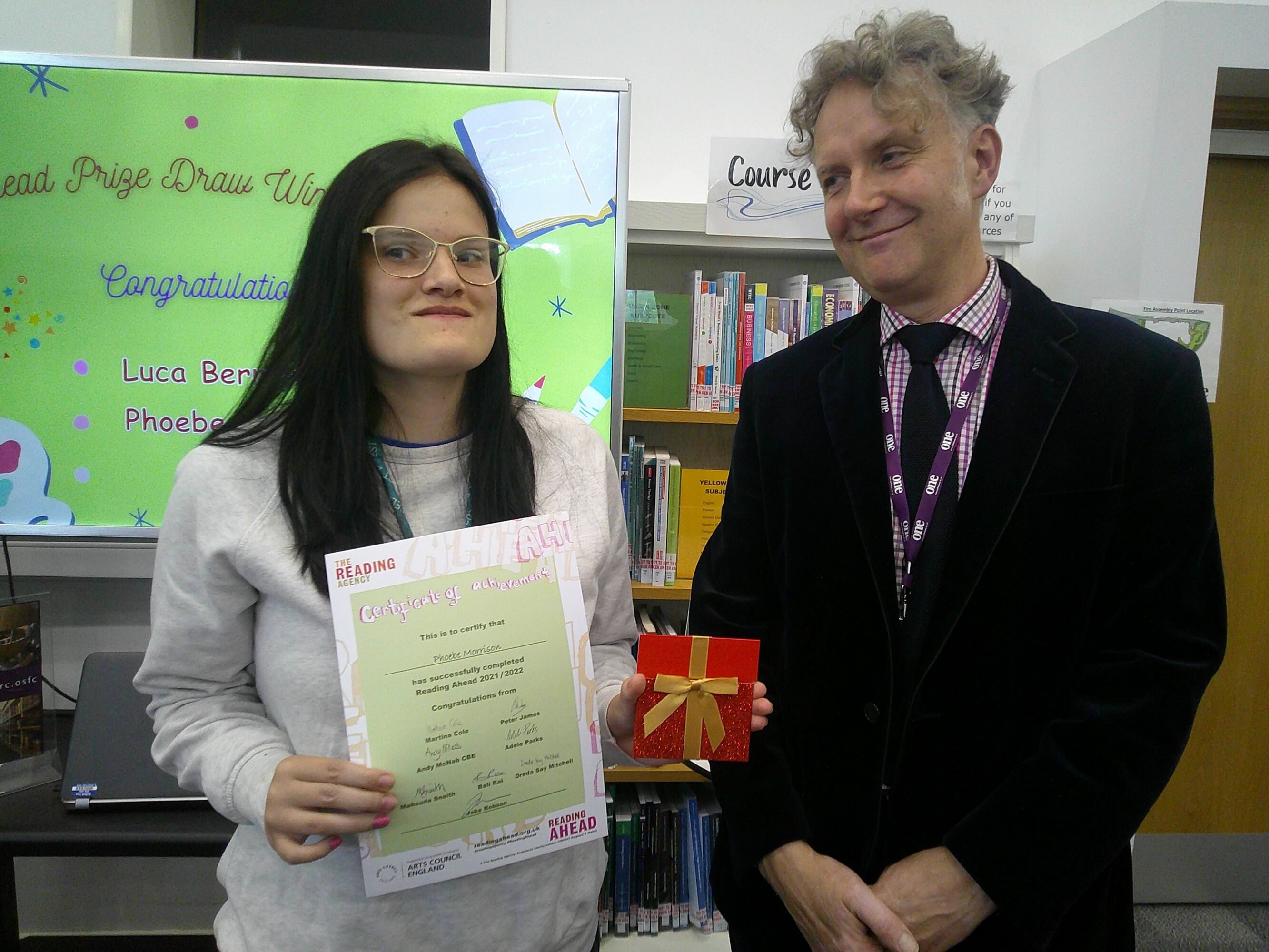 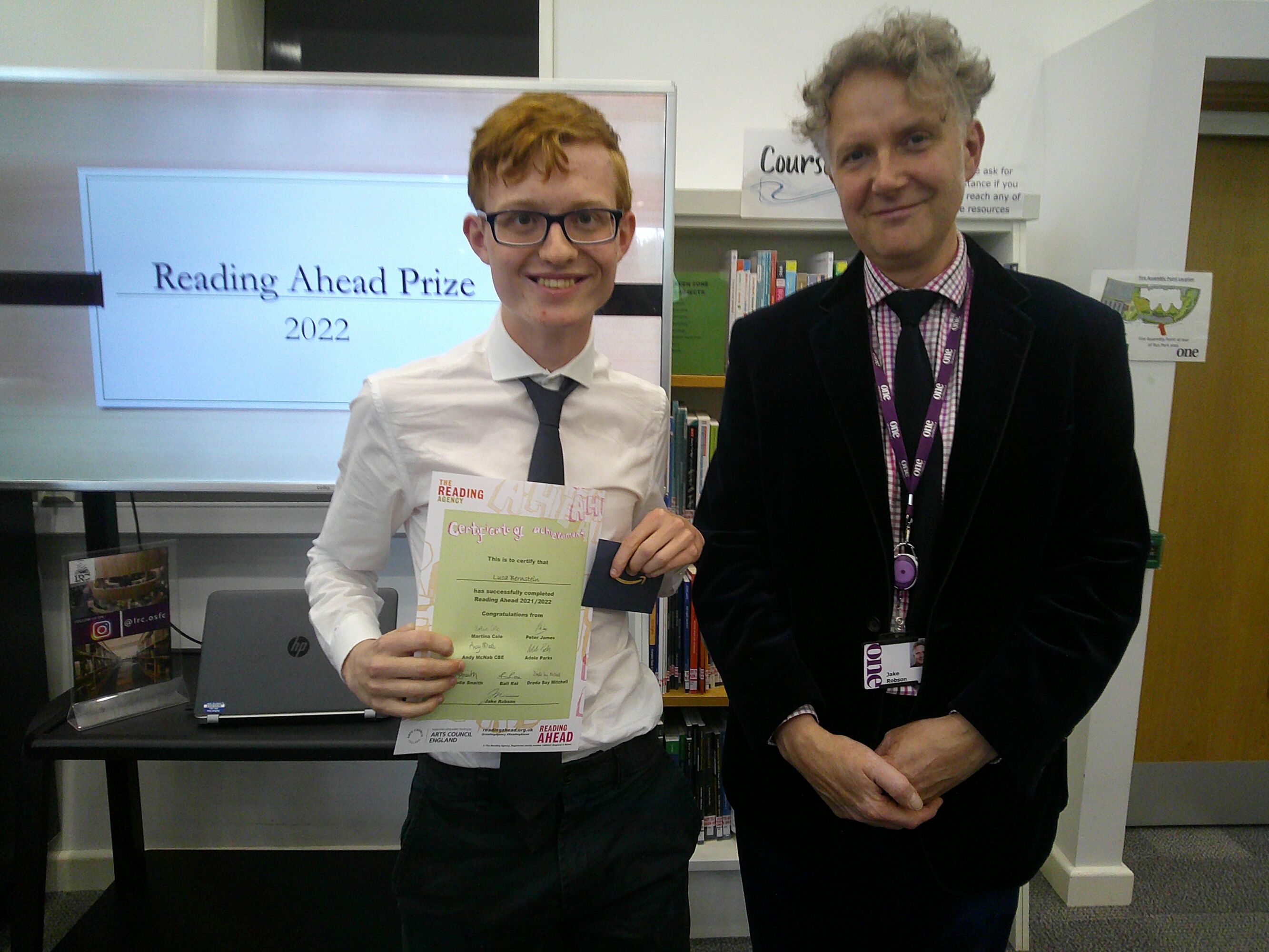 In addition, the Principals Choice Award was presented to student Ola Jakubowska who was unable to attend the Eastern Colleges Group Celebration of Achievement event in June 2022.  Ola was nominated for the award by staff as she has overcome considerable adversity to aim for excellent outcomes in her studies. She is positive at all times and is hoping for top grades in her A levels. She was part of the jury for the mock trial competition, and she is looking forward to starting a Law degree at the University of York in September 2022. 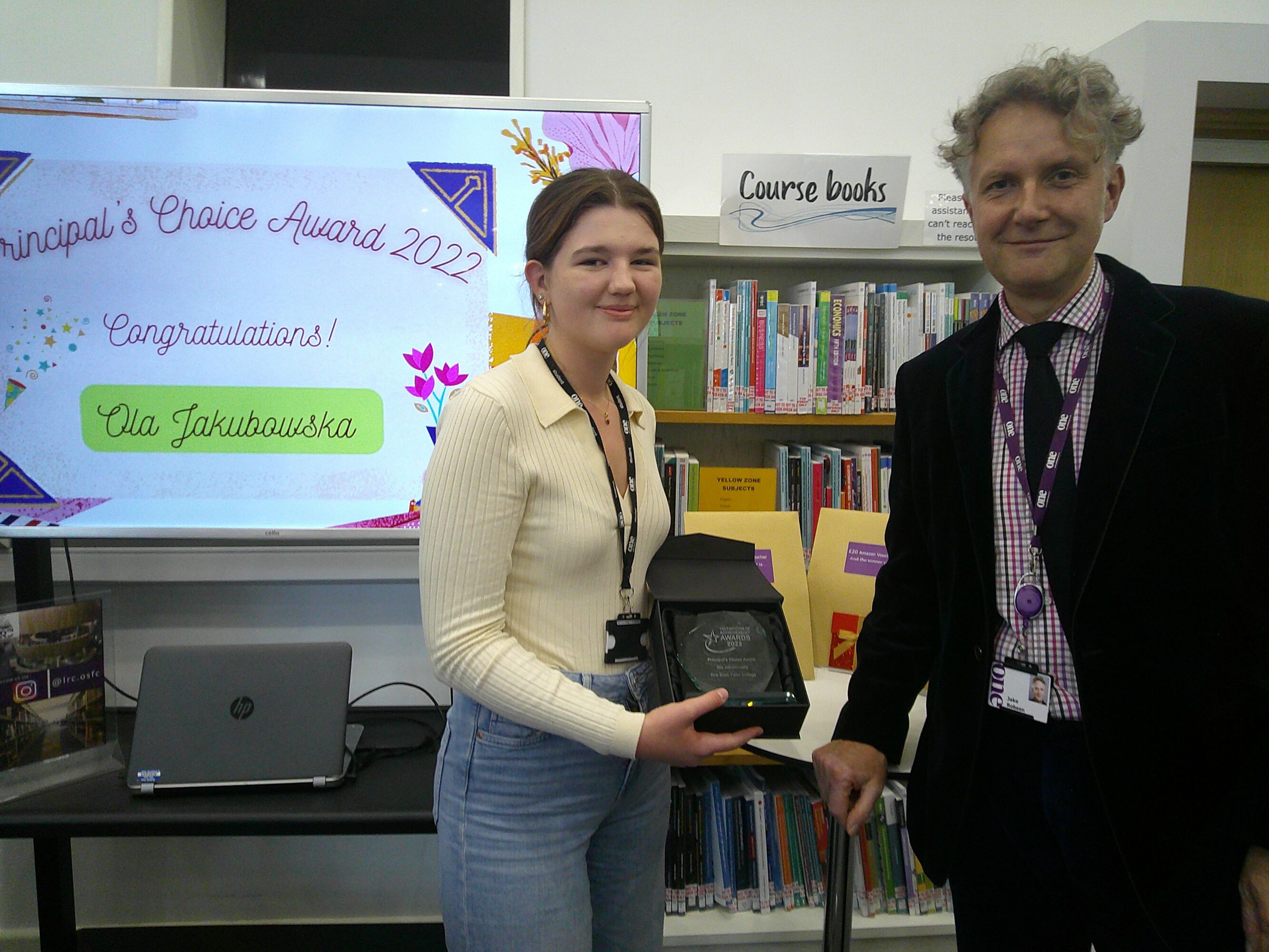