Held at the Cathedral in Bury St Edmunds, the ‘Celebration of Achievement’ awards aim to shine a light on academic achievements as well as the demonstration of qualities such as dedication, inclusivity, resilience, dedication to the community and leadership. 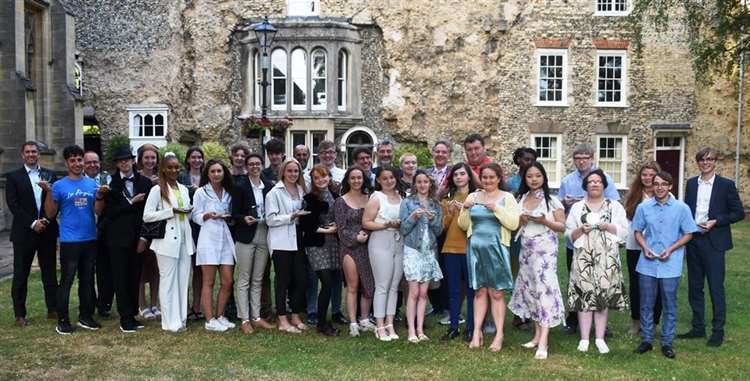 Group shot of all the winners at the Celebration of Achievement

These are the first awards to be held since the pandemic – in the same academic year when all three further educational institutions received fantastic praise from Ofsted after official inspections.

Dr Nikos Savvas is the Chief Executive Officer of the Eastern Colleges Group. He said:

“It’s been a thriving year across the Eastern Colleges Group, and I am immensely proud and humbled to see our students grow, shine and achieve so much. Whilst all of our colleges have done so well with Ofsted inspections in the same year, their rating is not the full picture – the successes and outcomes for our students truly epitomises our value and shows that we are shaping the future for so many. 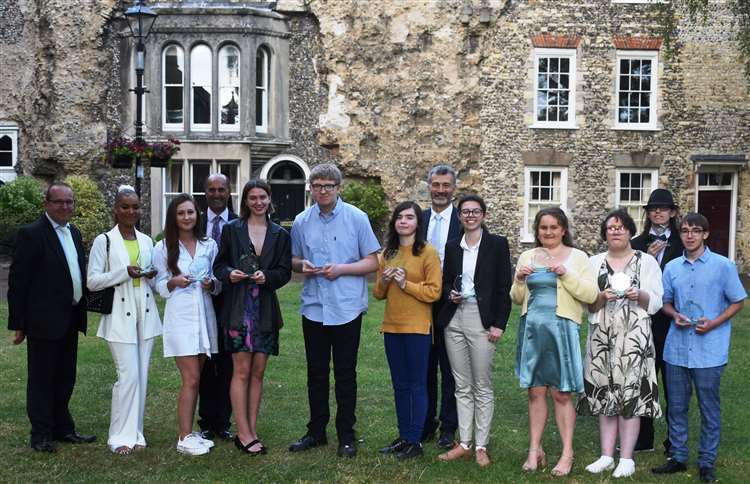 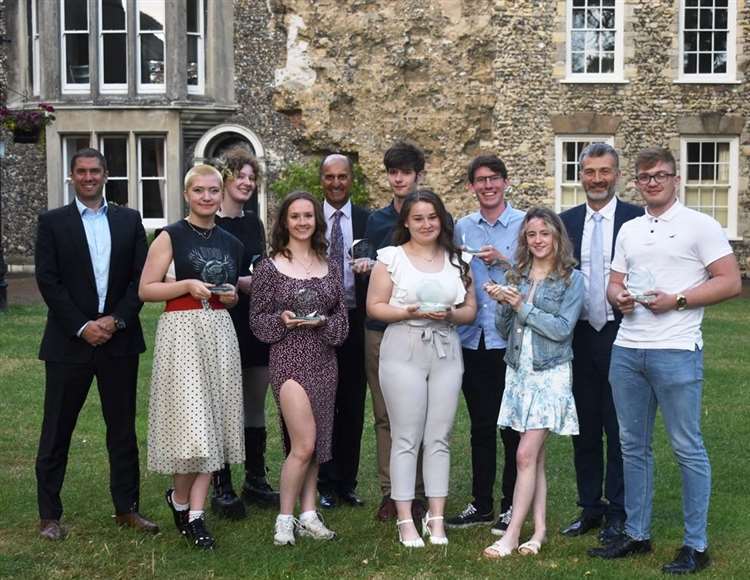 Abbeygate group shot of the winners 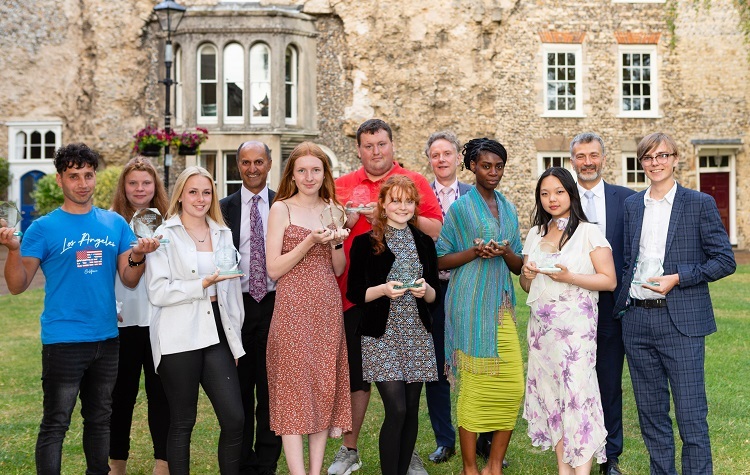 One Sixth Form group shot of the winners

“I am immensely proud of the successes that happen across our three post-16 provisions; West Suffolk College and Abbeygate Sixth Form College in Bury St Edmunds, and One Sixth Form College in Ipswich. Collectively we educate around a third of the post-16 young people in Suffolk and have a catchment area that extends into Cambridgeshire, Norfolk and Essex.

“Our focus has always been on making sure every student leaves us with the right qualifications, connections and character strengths to make the most of the opportunities that await them in our ever-changing world.”

Elton D’Souza is the Chair of Governors for the Eastern Colleges Group. He said:

“I thoroughly enjoyed the evening; it was incredibly inspiring and everything the Eastern Colleges Group seeks to represent. These students are fantastic role models, and it was humbling to get an insight in to the journeys they have been on so far; if they continue to build on their achievements they will undoubtedly succeed in their future endeavours. I wish every single one of them the best of luck as they progress.”

In total, 31 awards were handed out in categories such as educational excellence, the environment and support for the community. 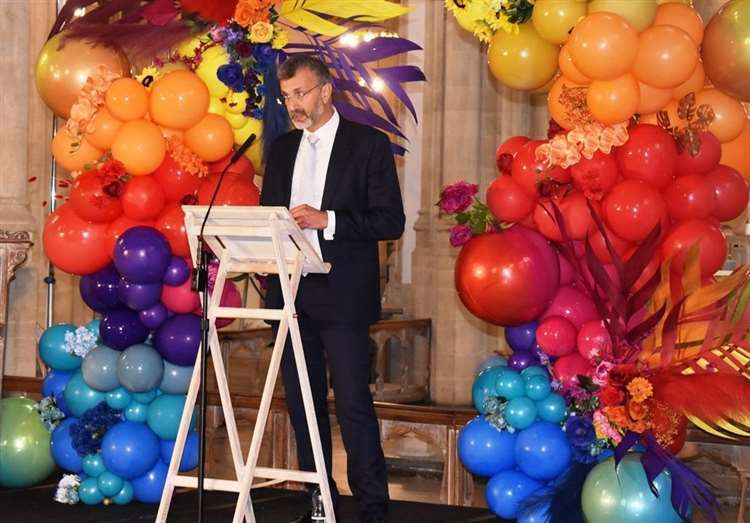 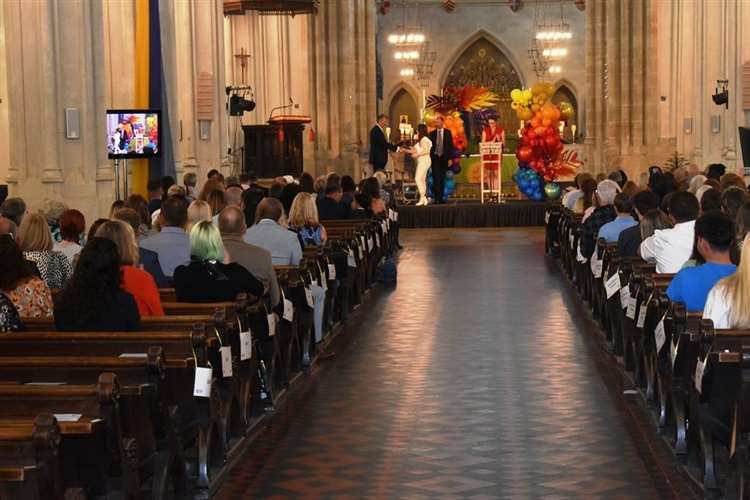 A brief citation was read out on all of the winners by the master of ceremonies and the Creative Director of Conservatoire East and head of performing and production arts at West Suffolk College, Han Colthorpe.

There was also a special CEO and governor’s award this year that went to 18 year old Amir Shah from Ipswich. Originally from Afghanistan, Amir has faced many challenges in his life and his character and determination was rewarded by this accolade.

Amir, said: “I’m excited and proud and grateful to be a member of the College. The award will help me in the future. I want to help other people and become a doctor. I try my best to achieve more and more. I like the people (at One) and I’ve found lots of friends.”

One of his teachers, Ashley Watson, said: “Amir is a star. He works so hard and he is keen. He is an absolute delight and pleasure to teach. He wants to become a doctor and give something back (to the community). He is a lovely lad and I’m sure he will go a long way.”

“Havebury were delighted to sponsor the Equality, Diversity and Inclusion category of the Celebration of Achievements Award. This is so important, now more than ever, with the challenges the world faces and the impact these are having on everyone, that we come together as one ensuring everyone has equality of opportunity and that we celebrate inclusivity. Darcy, Eniola and Melody are very worthy winners, and we were delighted to join them in celebrating their achievements.”