Students from One Sixth Form College (One) got to see and hear from the film director, Edgar Wright, during a q and a session at the Riverside Theatre in Woodbridge.

A small selection of media learners were invited to a private socially distanced session along with several other local schools to hear from the man who directed films that include Baby Driver and Shaun of the Dead.

During the event, Wright talked about his childhood growing up in Somerset.

He also reflected on his experiences working with Hollywood greats such as Steven Spielberg and Peter Jackson.

Media teacher from One, Liza Putwain, was also lucky enough to attend. She said: “We went along ahead of a screening of Edgar Wright’s new film called ‘Last Night in Soho’ and some of the students asked some good questions. When asked why he was in Woodbridge, he explained that he came along to support film in the local area.

“He was generous with his time and it was a brilliant opportunity for our students. Who knows, hopefully it might inspire one of our students from One to become the next Edgar Wright.” 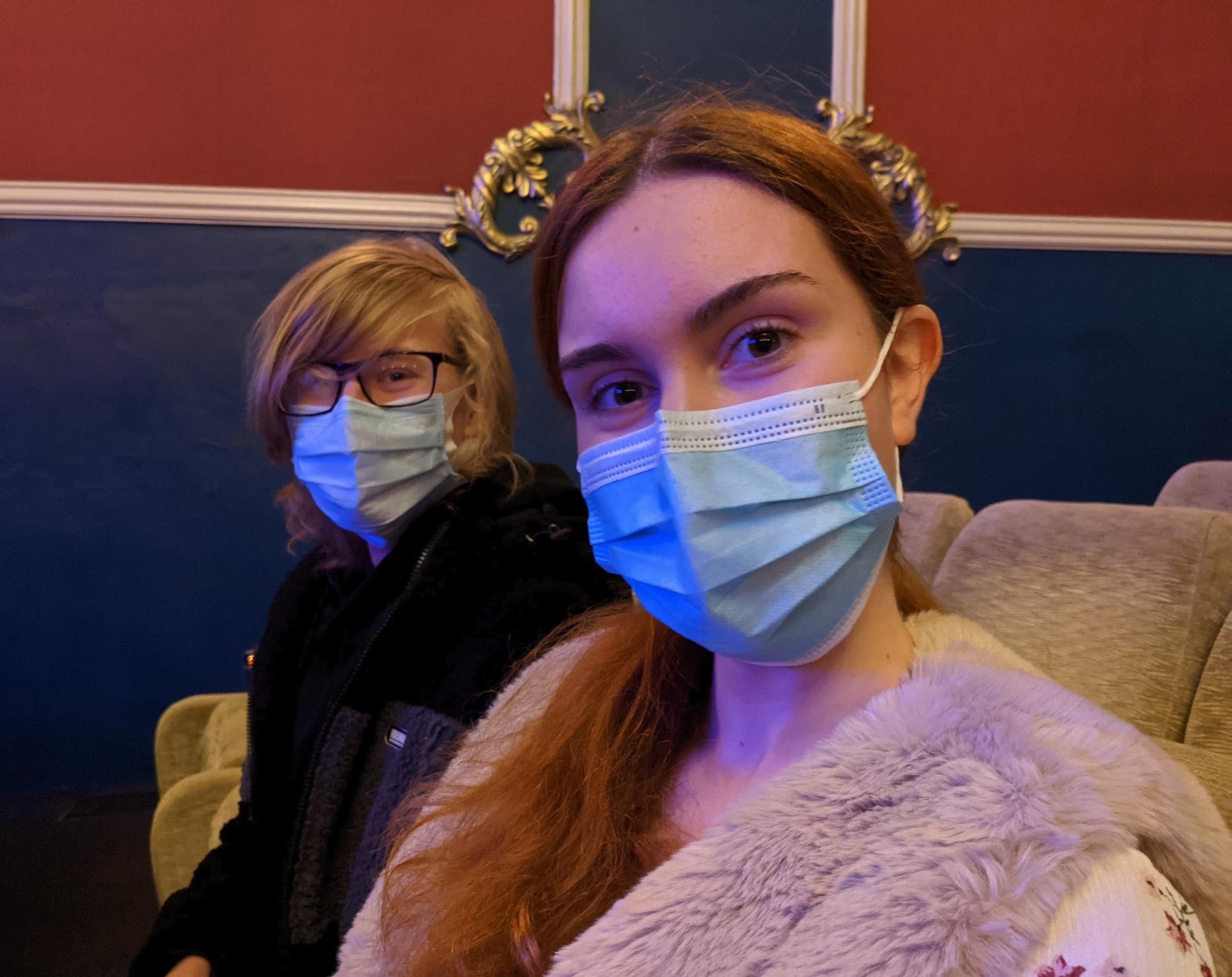 Eli Ottley, 17 from Ipswich is one of those students who wants to make a name for themselves in the film world. He said: “It was such an amazing opportunity to sit in front of such a cool director.”

Emre Cagil, 17 from Kesgrave, said: “I got to ask a question about how he funded his first film. He won a competition and someone saw a story in a local paper and gave him £11,000 to make ‘Fistful of Fingers’ – his first feature film. He was very generous with his responses.”

Ben Phillips, 18 from Hadleigh, said: “The highlight for me was hearing to him talk about how he came up with his film Baby Driver. He told us about how he listened to the song Bell Bottoms and he was imagining a car chase scene which then led him to create a character whose life was dependent on music. It was unexpected to have a director you have studied in past for a mini project turn up to a town near you. It was a very inspirational night.”